The merits and drawbacks of using geo-blocking for businesses

while the EU is not in favour, many countries have no problem with geo-blocking. Here's why you should implement and get the most out of it.

Geo-blocking is a controversial practice. On the other hand, it is common with many companies, including well-known ones, like Netflix. However, geo-blocking has drawn the ire of the public, and certain governments took steps to crack down on it. For example, in 2015, the EU implemented the Digital Single Market Strategy to end restrictions based on geography amongst member nations. The act was followed by the Geo Blocking Regulation in 2018 to ban certain techniques of geo-blocking in the EU, including rerouting without user consent. However, while the EU is not in favour, many countries have no problem with geo-blocking, and many businesses still block users based on a region. We explore some of the reasons behind the blocking to shed light on the pros and cons of geo-blocking.

There are several advantages to using geo-blocking. One of these advantages is honouring agreements with business partners. For example, when it comes to streaming services, content creators will often have agreements with other networks to broadcast their content to other regions of the world. To honour their agreements, content creators would often block visitors from these countries. Another example is the BBC with its streaming service, the BBC iPlayer. The content is geo-blocked because the BBC's content is meant only for UK audiences because the content is funded with taxpayer money. Geo-blocking makes it easier for businesses to honour legal obligations.

Geo-blocking is easier for businesses catering to a customer base around the world. Having a multi-regional customer base has several challenges, including obstructions to payment methods because some online gateways are not accepted or processed. There is also the issue of logistics when delivering goods to different regions. Geo-blocking makes it easier to work around these problems and cater to the specific needs of the local market with different product catalogues and price schemes. Geo-blocking even makes it easier to cater to buyers around the world because they can be redirected to a local website that caters to their specific needs.

Though there are some advantages to geo-blocking, it does present its fair share of trouble.

The EEA has already placed laws against geo-blocking, making it effectively illegal to block someone based on their IP address or reroute someone without their consent. This means that blocking based on region is more of a liability than an asset unless businesses are content with running into the law. To comply with the laws, businesses engaged in geo-blocking have to reassess their sales systems in these regions to remove any regional obstructions from their website.

Geo-blocking is easy to bypass

Geo-blocking can be easily bypassed. Since geo-blocking has become so common, there have been several solutions devised to bypass the block, like proxies and VPNs. These solutions work by masking the IP address with a different one making the receiving server (where the business website is located) think that the visitor is from a different location. Users can use VPNs and proxies to access any website from any region without the business’ knowledge. Some VPNs and proxies are country-specific, allowing users to navigate versions of the website different from their region.

This is a disadvantage for businesses because it completely negates the use of geo-blocking. Hence, any prior investment in geo-blocking has been negated due to VPN and proxy technologies.

Using geo-blocking in this day and age?

Should businesses continue with geo-blocking? Despite perfectly acceptable reasons for doing so, blocking based on region is not popular with certain users. So how do businesses use geo-blocking in this day and age? There are ways to use geo-blocking and its techniques to benefit all parties.

For example, since the EU does not allow businesses to automatically redirect based on location, organisations can present a region selector, instead. Letting consumers choose per region is far more acceptable than automatically redirecting visitors without their consent. Businesses can use this to their advantage by investing in the right type of geo-based technology. It's also important to note that most countries have no regulation against region-based restrictions.

Hence, businesses should continue to implement geo-blocking technology, but in a way that seems beneficial, instead of restrictive, to users. 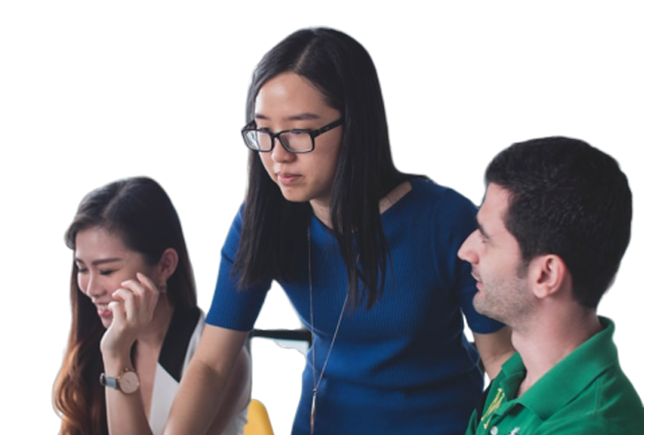